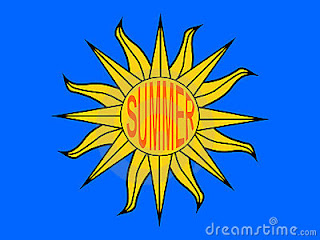 Welcome Author Mike Arsuaga to our Beach Reads Bonanza.
How do you like to spend your summers?
In the summer I like to travel when I can, but usually end up at the beach or community pool. My favorite treat is a cold beer after a hard day's yard work, and in central Florida those days get mighty hot and long.
Mike has two books he wishes to add to your to be read (TBR) list this summer. What makes these two books great candidates for beach reading?
"SUBSPECIES" and "My Life as a Dog" are great beach reads because of their convenient lengths. Readers tell me they're hard to put down but the brevity fits each one neatly into a day poolside or at the beach.
Thanks, Mike. Now let's take a look at Mike's books. First up is Subspecies. 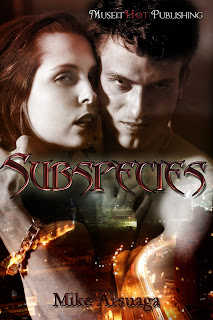 A Professor on Campus
Dr. Jim White, a 130-year-old Vampire, as a mathematics professor and man of science, rejects
the ways and lore of old in favor of modern solutions. Lycans and Vampires, The Subspecies,
live invisibly in society, because discovery is their worst fear. Resulting from a chance meeting,
he has the best sex of his life and regrets the intriguing girl had to be his next victim. But she has
a secret. As a Lycan, she hunted him as he hunted her.
The Girl in the Library
Samantha “Sam” Johnson, a Lycan, lived through world wars and The Great Depression,
counting Al Capone and Babe Ruth as acquaintances, before settling into decades of anonymity,
quietly preying on humans to live. On a chance meeting with an intriguing professor, her
decision to devour him comes into question. Kill after a night of exquisite sex?
A Dynasty is Born
After discovering each others secret, neither can resist the physical attraction. Together they hunt
and reach out to others of their kind using modern technology to form a support group which
becomes more than either imagined.
Follow The Subspecies’ journey as they open a universe of possibilities with the promise of life
being more than hunting, living in shadows, and fruitless mating.
“SUBSPECIES” EXCERPT
This is my favorite scene from SUBSPECIES. One of the main characters makes only a cameo
appearance but I smile every time I read it.

Let me set the stage:
Jim, Sam , and an attorney named Oscar Young returned to Jim’s apartment from having rescued
seven month pregnant Sam from police interrogation. Lycan Cynthia and vampire Ed Myers are already
there. The police suspect Sam and the support group have something to do with the disappearances.
Attorney Young has just finished explaining attorney/ client privilege, including how anything a client tells him will not be repeated.

The scene unfolds:
Encouraged by his answer I morphed, with fangs, pallor and red eyes. Oscar instinctively jumped
back but recovered and said with another chuckle. “What an excellent effect. How did you do it?”
By then I returned to human form. “You don’t understand. I really am a vampire,” I said.
Oscar stood and sternly replied, “Doctor White, if you think this is all a joke perhaps you should
seek other representation.” He retrieved his briefcase preparing to leave.
A vampire morph is not dramatic. Most of it happens internally, expanding joints and modest bone
growth. Except for the fangs I could pass for large pale man with a bad hangover. We needed a more
I turned to Cynthia. “Show him what you can do,” I said to her.
“Do I have to?” she complained. “This is a brand new outfit.”
“Please, it’s important, dear.” Sam added. Besides, I sewed in Velcro morph seams.”
Cynthia stood and stepped to the middle of the room. She faced Oscar who paused at the door.
Shimmying out of her panties, she kicked them to the side with a last flick of a bare foot. Stretchy lingerie
fabrics didn’t tear. Because a lycan grew when morphing, most underwear bound them painfully. Ed’s
eyes locked onto the sexually aromatic wrinkle of white material shimmering at her feet. She stood erect
with legs apart and hands on hips. As it molded to her butt, the black miniskirt sparkled with sequins,
round like half of a disco ball. I surveyed the pleasingly dramatic arching cleft of her spine under the white
“Okay,” she said. “You asked for it.”
With a ripping of Velcro, the garments separated and fell away. She expanded in all directions
nearly touching the ceiling, seeming to fill the room. Arms and legs elongated as if made of modeling clay.
A curved fanged snout grew out of the face some said could launch a thousand ships. Upon completing
the morph she peered down on Oscar. Casual predation emanated from the height of coal black eyes.
“Convinced now?” I asked above the sound of Cynthia’s low growl.
Bug eyed, Oscar slowly retook his seat.
Where can we purchase Subspecies?
ALL ROMANCE BOOKS:
BOOK Strand:
Muse It Up Publishing
Amazon:
Smashwords/Barnes and Noble:
Favorite scene and trailer: 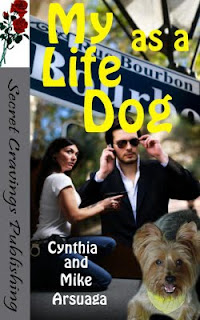 My Life as a Dog
BLURB for MY Life as a Dog
“MY LIFE AS A DOG”:Drake Martin is a unique shape shifter. Instead of transforming into a ferocious
animal, he morphs into an eight pound Yorkshire terrier. Six year old Kady Hartley rescued him from
an animal shelter. As "Precious" he was her "bestest friend" for twelve years, leaving when she started
college. Ten years later they cross paths. He’s a PI; she’s FBI. Continuing to keep his abilities secret
from her, he follows Kady as she pursues a case. Accompany them on an odyssey to New Orleans
investigating human traffickers and watch the fur fly. To protect Kady, Drake remains in the shadows. For
her sake he puts aside his loner life and accepts protection and assistance of the local shifter pack under
its leader, the Sufi. The pack and Drake soon discover they have a common cause, leading to a bloody
confrontation with the Russian human traffickers.
During the adventure, will Drake and Kady rekindle their loving friendship or will it become much more?
Take a peek at the Book Trailer for My Life as a Dog
The book is Available at Secret Cravings Publishing Store
at July 15, 2011

Mike, thanks so much for participating in the beach read bonanza.What fun books for the beach.

Mike, that cold beer sounds great. It's been hot in New Hampshire too. Both your books sound like wonderful escape reading, perfect for the beach. Unless you're a vampire, of course :-) Enjoyed the excerpts and the interview.

Pat, this week is going to be a scorcher. I imagine beer sales will soar too!

The doggie shapeshifter sounds like a lot of fun. There was a Twilight send-up movie with Jacob turning into a chihuahua. You beat them to the idea though.

Marva, hope you have a wonderful summer...beach or not! Try to stay cool this week!