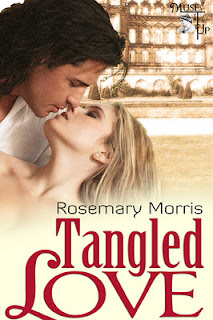 Richelda Shaw’s privileged life changes for the worse after James II’s daughter and son-in-law usurped his throne. When her parents die she is left penniless and alone, holding on to the oath she gave her father to reclaim their ancestral home.

Richelda entrusts her heart to the parson’s son Dudley, but he is not all that he seems. Her wealthy aunt saves her from poverty, and wishes to arrange her marriage to a dashing Viscount, whose care and attention make Richelda think and feel against her wishes.

However, as she travels a new path in , she never forgets her oath. But hidden danger lurks and when she tries to find a legendary treasure trove she must also fight not only for her life but for true love. 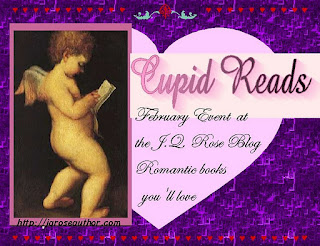 Nine year-old Richelda Shaw sat on the floor in her nursery. She pulled a quilt pulled over her head to block out the thunder pealing outside the ancient manor house while an even fiercer storm raged deep within. Eyes closed, remained as motionless as a marble statue.
Elsie, her mother’s personal maid, removed the quilt from her head. ‘Stand up child, there’s nothing to be frightened of. Come, your father’s waiting for you.’
Richelda trembled. Until now Father’s short visits from meant gifts and laughter. This one made Mother cry while servants spoke in hushed tones.
Followed by Elsie, Richelda hurried down broad oak stairs. For a moment, she paused to admire lilies of the valley in a bowl.  Only yesterday, she picked the flowers to welcome Father home then arranged them with tender care. Now, the bowl stood on a chest, which stood beneath a pair of crossed broadswords hanging on the wall.
Elsie opened the great massive door of the great hall where Father stood to one side of an enormous hearth. Richelda hesitated. Her eyes searched for her mother before she walked across the floor, spread her skirts wide and knelt before him.
Father placed his right hand on her bent head. ‘Bless you, daughter, may God keep you safe.’ He smiled. ‘Stand up, child. Upon my word, sweetheart, your hair reminds me of a golden rose. How glad I am to see roses bloom in these troubled times.’
Richelda stood but dared not speak for she did not know him well.
Putting an arm round her waist, he drew her to him. ‘Come, do not be nervous of your father, child. Tell me if you know King James II holds court in France while his daughter, Mary, and William, his son-in-law, rule after seizing his throne?’
‘Yes, Mother told me we are well rid of King James and his Papist wife,’ she piped up, proud of her knowledge.
With a sigh, Father lifted her onto his knee. ‘Richelda, I must follow His Majesty for I swore an oath of allegiance to him. Tell me, child, while King James lives how can I with honour swear allegiance to his disloyal daughter and her husband?’
Unable to think of a reply, she lowered her head breathing in his spicy perfume.
Father held her closer. ‘Your mother pleads with me to declare myself for William and Mary. She begs me not to return to , but I am obliged to serve King James. Do you understand?’
As she nodded her cheek brushed against his velvet coat. ‘Yes, I understand, my tutor told me why many gentlemen will not serve the new king and queen.’
‘If you remain in , you will be safe. Bellemont is part of your mother’s dowry so I doubt it will be confiscated.’
If she remained in ! Startled, she stared at him.
Smiling, he popped her onto her feet. ‘We shall ride. I have something to show you.’
*****
Before long, they drew rein on the brow of a hill. Father pointed at a manor house in the valley.  ‘Look at our ancestral home, Field House. The Roundheads confiscated it soon after the first King Charles’ execution.  Richelda, I promised my father to do all in my power to regain the property.’ Grey-faced, he pressed his hand to his chest. ‘Alas, I have failed to keep my oath,’ he wheezed.
Richelda not only yearned to help him keep his promise to her grandfather, she also yearned to find the gold and jewels legend said her buccaneer ancestor, Sir Nicholas, hid.
She waited for her father to breathe easy before she spoke. ‘If we found the treasure trove you could buy Field House.’
‘Ah, you believe Sir Nicholas did not give all his plunder to Good Queen Bess,’ he teased.
‘Elsie told me legend says he hid some of his booty in Field House.’  The thought of it excited her.  In his old age, when Sir Nicholas retired from seafaring, is it true that he put his ship’s figurehead, Lady Luck, in the great hall?’
‘Yes, for all I know she is still above a mighty fireplace carved with pomegranates, our family’s device.’
‘I would like to see it.’
‘One day, perhaps you will. Now, tell me if you know our family motto.’
‘Fortune favours the brave.’
‘Are you brave, my little lady? Will you swear on the Bible to do all in your power to regain Field House?’
To please him and excited by the possibility of discovering treasure she nodded.

Good morning Rosemary, Thanks so much for featuring this perfect-for-valentine's day-read here on Cupid Reads. Have a wonderful day!

Oh yea! Loved this and great cover too. Thank you for sharing. Another validation that Cupid knows what he's doing.