Goal, Motivation, Confict in Your Story, This Week

Award winning novelist and creativity coach for writers Beth Barany is one of the guest speakers at the Writers University Boot Camp founded by Connie Dunn. She suggested drafting goal, motivation, conflict and strengths for your main characters. She also wants us to describe a secret your main character is keeping from everybody else in the story. This is a delicious exercise, so I am going to share with you, Dear Readers,  my main character in my latest mystery work-in progress, Dead Wrong. Since this book is a WIP, the title is just a working title. I'm not sure I will keep it.

My main character is Lauren Staab. She is the daughter of a funeral director and works at her dad's business, Staab and Blood Funeral Home, as the bookkeeper. No, she is not an embalmer, but she does help with visitations and funeral services as well as keep paying the bills and hopefully collecting money to meet the expenses.

Goal: Lauren wants to find the person or persons who killed her friend Tony and left his body in the garage of the funeral home between the hearse and the flower car.

Motivation: Because she has no idea who killed Tony, she fears the killer will come back to harm her father, mother, brother, or herself.

Conflict: The police are trying to implicate the family members in the murder, so she must prove their innocence.

Strengths: Lauren is a strong, independent thirty year old woman who has had to get through the loss of her fiance who was killed fighting in Iraq. She is back home in the small town she grew up in to help her dad with the business because her mother has been admitted to the memory care unit of the nursing home with Alzheimers. She has the stamina to deal with her mother's illness and keep the family and funeral business together.

Describe a secret your main character is keeping from everybody else: Lauren's secret is Henry. He is a shadow man who visits her in the funeral home. He s not malicious, but instead, very friendly. She doesn't feel threatened by Henry, but she has no idea why he has decided to appear to her. Afterall, she works in a funeral home, and no other spirits have appeared in her office. She doesn't want to tell anyone because, well, who'd believe her anyway? 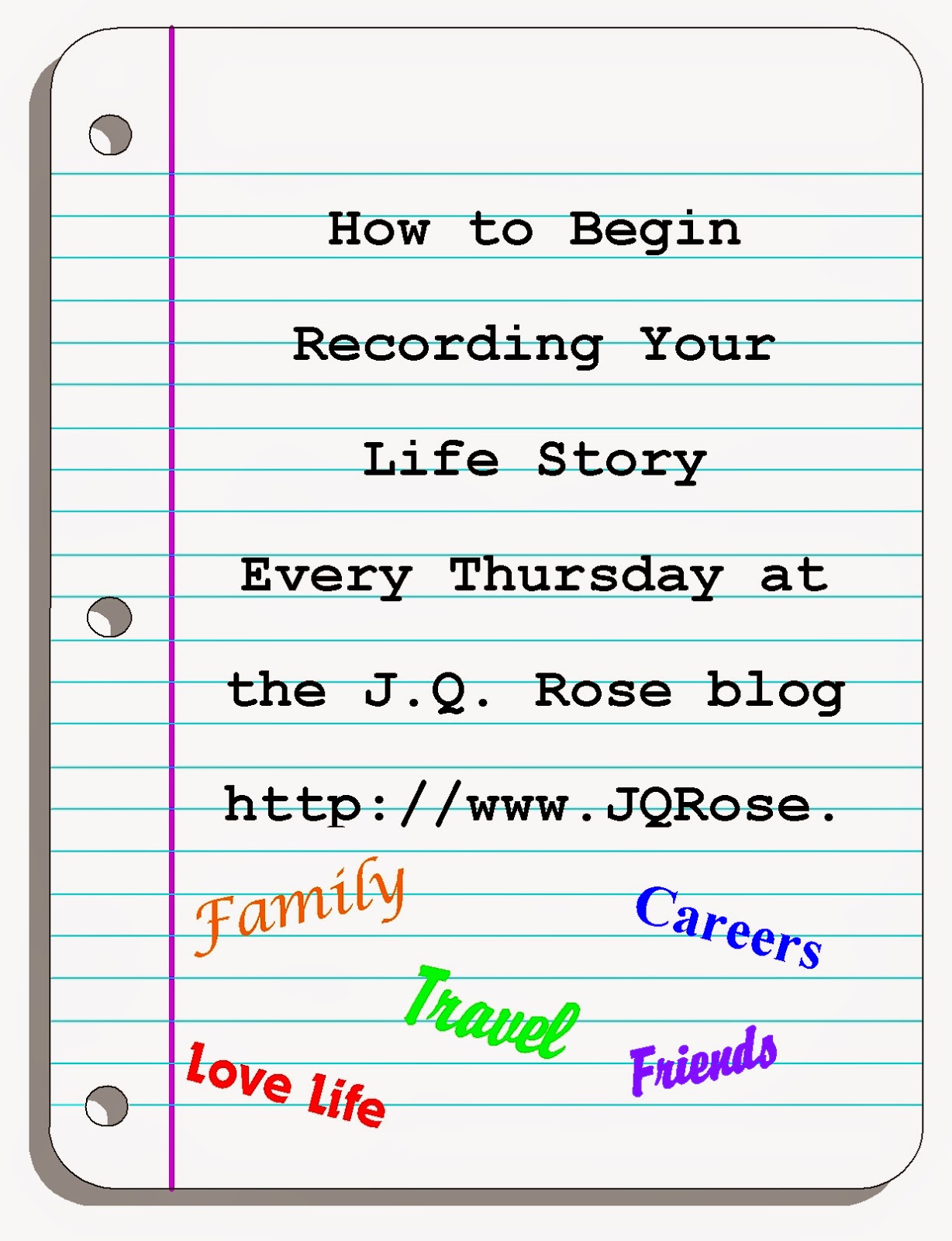 Don't miss out on this informative How-to blog series on How to Begin Recording Your Life Story. I am passionate about folks taking time to write down stories of their lives to share with friends and family. Come on over on Thursdays this month and find out why and how to do this exhilarating exercise. Re-live wonderful memories and gain new perspective on some of the troubling times in your life.

Please realize you don't have to be "old" to write a life story or memoir. We have stories to tell at all stages of life. I know you have plenty of them to share.

Here's something that may spark a memory you want to write about. I bet it will spark a smile from you. Enjoy!

DO YOU REMEMBER A TIME WHEN…?
Decisions were made by going “eeny-meeny-miney-moe”?
Mistakes were corrected by simply exclaiming “Do Over!”?
“Race issue” meant arguing about who ran the fastest
Catching the fireflies could happily occupy an entire evening?
It wasn’t odd to have 2 or 3 Best Friends?
The worst thing you could catch from the opposite sex was “cooties”?
Having a weapon in school meant being caught with a slingshot?
A foot of snow was a dream come true?
Saturday morning cartoons weren’t 30-minute commercials for action figures?
“Oly-oly-oxen-free” made perfect sense?
Spinning around, getting dizzy, and falling down was cause for giggles?
The worst embarrassment was being picked last for a team?
War was a card game?
Baseball cards in the spokes transformed any bike into a motorcycle?
Taking drugs meant orange-flavored chewable aspirin?
---Author Unknown

What a great exercise, JQ. I'm going to draft that out for my present WIP. I love the conflict and secret in Dead Wrong. Good luck with finishing your book - can't wait to read it!

I liked reading about your WIP. I think I may try that exercise, since I've been planning on writing up a series of blog posts about my WIPs. I don't know that I'd write about myself though. I have too many WIPs I want to finish first!

Thanks, Helena. I need all the luck I can get to sort this all out!

Hi Loni, I can only work on one WIP at a time. Kudos to you for having so many to finish. You go, grrrlll !! Thanks for stopping in.