On Thursdays the J.Q. Rose blog will feature a romance author who answers the most often asked questions from their readers. You'll meet new writers and learn more about your favorite authors and their latest books. You can also take advantage of the opportunity to leave a question for the author. Prizes will be awarded to lucky commenters.
Please welcome our romantic fantasy author Helen Henderson. She participates in historical re-enactments and in archaeological digs. I'm sure they're all fodder for her imaginative stories. Helen will be giving away a pdf of the novella, Magic and Steel: Mt’wan Comraich to a lucky commenter who leaves a note as to why he/she loves dragons. The winner will be selected after 9 pm EST on Sunday, February 28.

Who is your favorite character out of your books? Why?

While I would say Glyn of the newly-released Hatchling’s Mate, my heart says my favorite character remains Ellspeth, captain of Sea Falcon. The tale of Ellspeth and the archmage, Lord Dal, is told in Windmaster, the first book I ever had placed under contract so there is a sentimental aspect. However to be honest, the ‘why’ is more complex, like the character herself. Despite being a female, Ellspeth was an experienced fighter. She also had an artistic side in that she was a skilled musician. A skilled leader she was respected by the men who served under her. The pain of losing one sent Ellspeth on the vengeance trail.

I always wanted some special ability and in Ellspeth’s case, besides the musical talent, she is an untrained mage whose powers remained to be awakened. Having reached the point in life where decisions have had to be made and the results lived with, the decision that Ellspeth has to make resonates with my soul. She is determined to make her own destiny, but fate decrees otherwise and she has to decide between the sea, magic... or love.

What's the weirdest thing you've ever done in the name of research?

Among the more unusual places I’ve obtained information are at air shows and historical battlefields. (Yes, I do know a little something about the subject of battlefield archaeology and have participated in digs using both traditional screen and trowel and the new-fangled metal detectors). Although the previous events allowed me to be inconspicuous, not all the places I’ve researched were suitable for modern clothes. To fit in at historical reenactments, I’ve donned fatigues and hoop skirts, though not at the same time. One night while walking in period garb through rows of small white tents on a Revolutionary War battlefield and watched the mist rise from the hollow, it felt like I had been transported back in time.

What do you love best about being a writer?

Writing provides escapes from the cares and pressures of everyday life. Although a character may be thrown in a dungeon or wounded in battle, there is always the belief in the back of your mind that the good guys will win.

And a secret. Writing can be very cathartic. Having a bad day? A sword fight dispatches the annoyance, even if it is done by proxy and no real harm befell a real person. Or if you don’t want to spend hours cleaning sword and armor, call up a dragon. They love to ‘accidentally’ squish bad guys.

All jokes aside, being a writer allows me to hang out with mages, warriors, magical equines and dragons. Who wouldn’t love that?

Talann’s future was far from assured. Although the son of two dragon lords, none of the old ones sang a welcome at his birth. And now years later there was still no sign of the awakening of a twinned dragon soul. From his birth, it was expected he would marry the only other child born to the dragon shifters, the Lady Lexii Beylnea. However, fate had other intentions. Talann and Lexii could not stand to be together.

Haldric hated all shifters but one—Lady Lexii, whom he meant to possess at any cost. His one tool to achieve both his goals meant risking all. Although his uncle, known to his followers as the Parant, possessed the ability to turn men and women into his willing slaves, the older man was as apt to turn on friend as foe.

Pledged to protect Lexii until the dragon lord’s intended mate appears, Glyn must fight to keep hidden the secret no one could never learn.

Destinies collide as fate decrees secrets be revealed and plans of men and dragon lord alike twist in the web of time. Freedom of the skies comes with a price.

About Helen:
A former feature-story writer and correspondent, Henderson has also written fiction as long as she could remember. Her heritage reflects the contrasts of her Gemini sign. She is a descendent of a coal-miner's daughter and an aviation fligh t engineer. This dichotomy shows in her writing which crosses genres from historical adventures and westerns to science fiction and fantasy. In the world of romantic fantasy, she is the author of two series: the Dragshi Chronicles and the Windmaster novels.

Thanks so much for being my guest, Helen. Your fantasy books sound fantastic!

My publisher, Books We Love, is offering a variety of great e-books for 99 cents including my mystery/romance, Deadly Undertaking. But time is running out. The sale is only during February and remember this is a short month. So be quick to make your selections. Scroll down the home page of BWL to find all the e-books on sale. Here's the link.

# # #
Readers, if you have a question for Helen, leave it in the comment box. She's especially interested to learn how you feel about dragons!! And remember, each comment will be entered into the drawing to win a PDF copy of her fantasy, Magic and Steel. 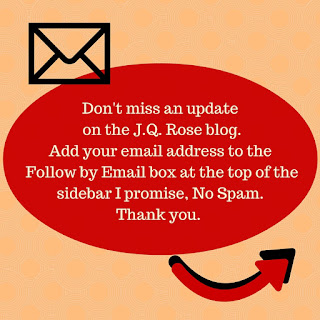