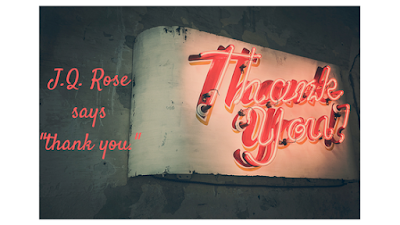 I don't say thank you enough to all of you readers who stop by the blog. I certainly appreciate you stopping in and viewing the pages. I get a kick out of reading the comments. The views validate that I'm not talking to myself!!

I never want anyone to think I am taking them for granted. That was especially brought home in the last couple of weeks. We all get involved in our lives and mindlessly carry on. Sometimes it's good to be jarred out of the comfort zone to wake us up. My husband's total hip replacement two weeks ago was one of those events that made me stop and take time to reflect on all the things I do take for granted.

Gardener Ted has had a bad hip for years, at least six, but the hip wasn't at the point the doctors wanted to fix it--until now. After surgery, he could walk, but with a walker. When the doc cuts muscles apart to fit in the apparatus to substitute for a hip bone, it makes one pretty helpless.


I discovered how much I'd taken him for granted. Basically I'm a caregiver now. He can walk with a walker, but you know what? He can't carry anything if he's hanging onto a walker. Not even a glass of water. (He sure can't take out the trash or clear off the table!)

I have no confidence in my caregiving. I always feel like I should be doing more for him or look ahead and see what he needs. I'm not a warm, fuzzy person who dotes on my kids/grandkids. (I'm not the kind of grandma who bakes cookies for the grandkids. But I do like hugs.)

I don't want to hover over him and nag him about things like being sure to keep weight on the bad hip  and not limp. Finding a balance between hovering and biting one's tongue is difficult.

Have you had an experience that jarred you out of your comfort zone? One that allows you to realize how much you have taken for granted in your life? Are you a caregiver? Any tips on caregiving?

Gardener Ted is getting stronger every day. He had the staples holding the incision removed yesterday at the doctor's office. The doc showed us the x-ray of his hips. The new one is in the perfect position and looking good. So, it will take time and a lot of work on Ted's part to be back to walking and enjoying his go-getter lifestyle. But he's well on his way. I'll keep you updated on his progress. 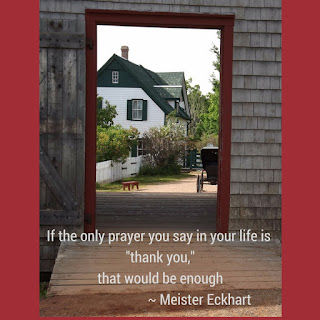 Thanks again for stopping in.

I'm happy to hear that Gardener Ted is well on his way to recovering. This was a super big deal for both of you and I am sure you have done all that you could to help GT along the way.

Keep up the good work, both of you. :) Continued prayers for GT and now for you also. :)

Happy to hear he is getting better. No tips I took care of my Daddy for a very short time but I know the anxiety that goes with it and sometimes fears. Prayers with you.

I hope Gardener Ted is soon back in his garden, JQ. You are looking after him in a very thoughtful way. It's not easy when you've once been active and now you are reliant on others. I know this myself from when I had my leg in a cast. Good that the doc says he is healing well.
My mum has a walker but she has one with two trays on it, so that she can carry things. (Maybe not a cup of hot tea, but her newspaper or a book.)

Hey, JQ. So glad to hear GT is doing well. That's really a major surgery. I see it from the other side after breaking an ankle bone and tearing a ligament last May. Talk about a wake-up call! Two months of sitting with my foot elevated above my heart. Yikes. Like you two, I'm a doer. Very tough on me and my family. Will GT tell you when he needs something or ask for it? As long as he does that, you're good. If you have to guess what he needs, that makes it tougher. And yes. I'd get a tray like Helena mentioned. He'll feel like he's doing something for himself. That was important to me. Prayers for you both. He needs to do the therapy and realize it might be a while before he's back to full strength again. I'm not doing therapy anymore, but it's almost a full year, and my ankle is still a bit wonky especially in the mornings. But yesterday I balanced on one foot for a full minute with a minimum of controtions! Y'all hang in there. You'll make it. Hugs.

Thank you, Susan, for prayers!! You summed up exactly how we feel in your description--"super big deal".

Hi Juneta, Yes, anxiety and fear is part of caregiving. A lot of what ifs too--like what if he falls in the shower, I give him the wrong medicine, too much, too little, or even what if he is in so much pain? Thanks for prayers!

Hi Helena, I want him back in the garden too, but with this new hip, I'm afraid he'll be bending too much to play in the dirt. It only has a certain range of motion, but hopefully physical therapy will get those muscles stretching so he CAN bend and move with not doing any damage to his hip. I hope he will ditch the walker next week and use a cane. Fingers crossed.

Thankyou for your encouragement, Marsha. I'm appreciating what you went through with that ankle even more now too!!! He is very motivated to do his walking and exercises. He wants to get better so we can drive home in April--22 hour drive. I told him, just get the therapy and make sure we can do it first. I don't care when we get back.

At first you should be helping him at every turn, or when he'll let you. But when the doctor says he should be doing more, you'll need to stand back and feel helpless. That feeling might drive you mad, but he'll love you for it when he can walk and carry something again. hehehe

So glad to know that GT is doing as well as he is. I shudder to think of what he (and you!) have gone through.

Back around 1993, I think it was, Mr. Mae had double pneumonia and was hospitalized for a while. Can't remember exactly, but maybe for a week.

It was tough, as I had a day job. I hated not being with him, and worried about him all day while I worked. Our daughter lived with us, so together, both of us after work, would go home to eat, change clothes, take care of our animals, and then drive to the hospital. I wasn't as much of a caregiver, maybe, since he was was there and not home, but trying to take care of everything (daughter was a tremendous help), was exhausting. If something had happened at the house --busted water pipe, flat tire on car, etc., I would've been lost. The stress was physically overwhelming.

After he returned home, he was tired, but got the bed rest he needed.

Sounds like, since GT is recovering as well as he is, that you've been an amazing caregiver. :)

Thanks, Anna. Yes, my first instinct is to help make his recovery easier for him. But I realize I can't do it. He's in charge of it. I don't want to get in his way, but I do hope I can assist him in achieving that ultimate goal of walking again without pain.

Aw, shucks, Miss Mae. Amazing caregiver? I would like to think so. Caregiving IS exhausting. And like your husband, the patient can only rest at home. That hospital was so noisy at all hours and the nurses coming and taking vitals and checking on him--which is good, but not when they wake you up to see if you're sleeping okay!!! I've had people tell me the nurse woke them up to give them a sleeping pill!!!

Another one of the most common culprits of this type of pain, regardless of age, is tendonitis, an inflammation of the tendons surrounding the hip.Click here