I hope you enjoyed the spring holidays and your heart is filled with sunshine even if you are experiencing April showers.

Today I am excited to feature the cover reveal for my author friend Katie Carroll. Pirate Island will be an exciting adventure novel for midde grade readers, but I know Katie's writing. Grown-ups will get a kick out of it too! Looking forward to its release this fall. Now here's some information on Pirate Island! 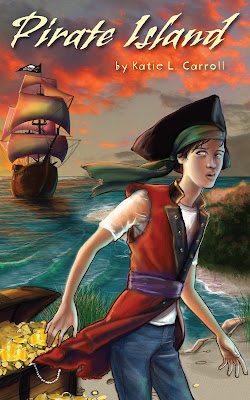 A thrice cursed island, a legendary pirate treasure, and one not-so-brave boy. What could possibly go wrong?

For centuries, the whereabouts of Captain William Kidd’s lost pirate treasure has remained a mystery. When Billy’s best friend, Andy, proposes they look for it on nearby Pirate Island, Billy thinks it’s just another one of their crazy adventures. It’s usually Billy who ends up in trouble as a result, but he goes along for the ride…like always. The more he delves into the life and death of Kidd, the more he thinks the treasure is real and that it might be buried on the small island in Long Island Sound. Billy—nope, call him William—becomes obsessed with the captain of the same first name. He even believes he’s possessed by Kidd’s restless soul. Now he and the spirit of a long-dead pirate are leading the crazy adventure on Pirate Island. And what they find is far bigger than the treasure they imagined. 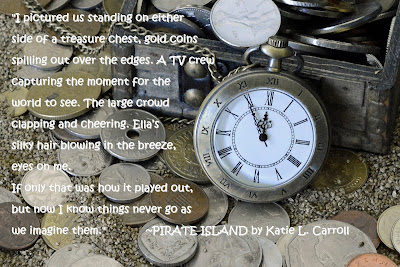 Katie L. Carroll always says she began writing at a very sad time her life after her sister Kylene unexpectedly passed away. The truth is Katie has been writing her whole life, and it was only after Kylene’s death that she realized she wanted to pursue writing for kids and teens as a career. Since then writing has taken her to many wonderful places, real and imagined. She has had many jobs in her lifetime, including newspaper deliverer, hardware store cashier, physical therapy assistant, and puzzle magazine editor. She works from her home in Connecticut that is filled with the love and laughter of her sons and husband.

Next week, Wednesday April 26, I'll be participating in the Storytime Blog Hop.
at April 19, 2017

Thanks for helping with the Pirate Island cover reveal!

You're welcome, Katie. Love this cover. Thanks for sharing the good news on the JQ Rose blog.

Sounds like an exciting book, Katie and I love the cover.

How do you plan on promoting this YA book? What age group is the story for? I've been interested in writing a middle grade/YA book for years now, but I never started writing the book because I can't figure out how to promote it. Thank you for any response. :)

Great cover, and Pirate Island sounds like an intriguing read.

Looking forward to the story hop.

Congrats, Katie. Love the cover. Looks like a fun read. :)

Congratulations on your new release, Katie. I love the cover!

Hello everyone! Thank you for stopping by. I apologize for not being around to comment last week on the blog. Gardener Ted and I were traveling back to Michigan for the summer. We had a safe, boring trip. So glad to see the spring flowers and green grass in Michigan. But we love Florida in the winter.
Katie, wishing you success with your new release. It sounds like a winner! Come back when it's published so we can shout about it and offer an excerpt.

Thanks for all the cover love! I would love to come back in October when the book releases.

Susan, this book is for middle grade readers (target age of 9-12 or so), not YA (which is more geared towards teens). As for marketing, I plan on doing a big blog blast when the book goes up for presale and then a blog tour for the actual release. I've also been reaching out to middle grade reviewers to see if they'd be interesting in doing a review for their blog. I am hoping to book some in-person events locally as this book as a local tie-in that will hopefully garner some interest. And I'll reach out to schools with the book info and my school visit info as well. 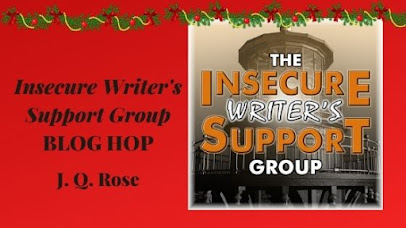