Blogging from A to Z Challenge: An Old Word from an Ancient World

Hello and welcome to the Focused on Story blog. Every day this month I'm blogging a new word for all you Word Nerds during the Blogging from A to Z April Challenge. Join me as we journey through the alphabet!! 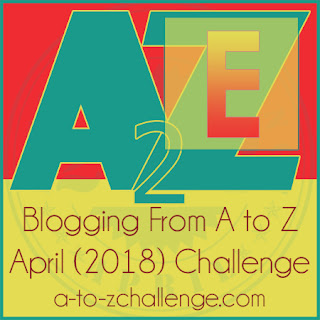 the ruler of a people, tribe or nation, Dictionary.com
Matthew Peters used ethnarch in his excellent thriller, Killing John the Baptist. He was referring to the head of an ancient religious group, the Mandaean ethnarch.  Holy man can also be used as the meaning for ethnarch. Are you familiar with this word?

The word, ethnarch, originated from a Greek word, and dates way back to 1635 A.D. I think Matthew used this old word because the Mandaean religion was established in the ancient world and is believed to have "originated in Mesopotamia. Its adherents revere Adam, Abel, Seth, Enosh, Noah, Shem, Aram and especially John the Baptist, but reject Abraham, Moses and Jesus of Nazareth." Click here to view the entire article at Wikipedia.

Mesopotamia (from the Greek, meaning 'between two rivers')
was an ancient region located in the eastern Mediterranean,
corresponding to today's Iraq, mostly, but also parts of modern-day Iran, Syria and Turkey.
https://www.ancient.eu/Mesopotamia/

Mandaean is a new word and a new group of people for me. Matthew Peters researched extensively in order to write Killing John the Baptist, a fiction novel, to bring readers a thought-provoking read that will keep you turning the pages.

# # #
(Side note: When MS Word red-lined ethnarch, it was because it wasn’t in their dictionary. So I added it. Growing my vocabulary as well as MS Word’s)

So, did you learn a new word today? Let me know in the comment section below. Thank you!

Click here for the MASTER LISTof all participants who signed upfor the #AtoZchallenge 2018!

Email ThisBlogThis!Share to TwitterShare to FacebookShare to Pinterest
Labels: Blogging from A to Z Challenge: Ancient Word from an Ancient World, ethnarch, Killing John the Baptist, Matthew Peters

Ethnarch is a great new word. I love growing my vocabulary. Thanks!
Melanie's Stories

I am constantly adding new words to my MS dictionary. Sometimes I worry that all of those words are ones that I'm mistaking for real words and I'm just messing up my spell check. ;)

Oh dear, Heather, I never thought about messing up the spell checker!!

New word for me. Cool.