Hello and welcome to the Focused on Story blog. Today, I'm excited to share an excerpt from my WIP (Work in Progress) Looking Through Rose-colored Glasses. I would appreciate feedback from the story. Please leave your comments below.

Memories are Tricky by J.Q. Rose
Memoirs are factual stories about someone's life. 'Memoir' is from the French word mémoire, which means 'reminiscence' or 'memory.' They are a part of the nonfiction literary genre—from study.com, Instructor Anne Casano
I bumped into a bit of a memory problem while writing my account of our trip from our home in Illinois to our new home in Michigan in 1975. Granted, that was a long time ago, so I wanted to get the story of our move correct. Afterall, as it says in the definition, the memoir is a “factual story”. But what if the facts are a bit murky and the people you ask about the scene have a different memory from your own? Memories fade over time.
This weekend we visited with my brother Jim and my sister-in-law, Sandy reminiscing about this move because they drove two packed cars in the caravan of four vehicles on that long drive north to Michigan.
Jim and Sandy followed me and I followed Gardener Ted. No surprise, along the route, we became separated from him. That was a problem since I had never driven the roads to Fremont by myself. You can imagine my anxiety without Ted ahead of me. I prayed we would meet together so we could re group.
In my memory, we met at the rest stop on 94 just over the Michigan border, but Ted remembered meeting at his favorite restaurant, Bill Knapp’s in Benton Harbor, MI. So after much discussion and fun trying to recall the trip, Jim and Sandy convinced me we actually met at the restaurant and not the rest area. I do have a memory of the restaurant, so I conceded to change my story.
My brother Jim chuckled when he said, “I think you should’ve told this story sooner so we could remember all the details.”
I’m sharing an excerpt of that story today—not the complete trip and definitely not the final draft as I work through the manuscript.
I just want you memoirists to check with folks who are involved in your stories and listen to their memories to see if you agree or not. Their recounting of the situation may spark even more memories for you and shed light on a situation.
You have the final say as how the story goes because, afterall, YOU are the author of your own life. Nobody can tell it better than you.
*** 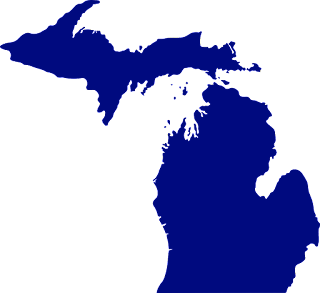 We traveled to our new home in West Michigan.

Gripping the steering wheel of our dark green 1970 Ford Torino, I felt anxious about the responsibility of driving the eight hour trip to Fremont. I would have my daughter and mother-in-law in the car with me. Would we get lost? Would we get in a wreck? Would the weather turn into a blizzard? After all, we were headed to snow country.
My stomach was in knots as I drove one of the four vehicles loaded to the max in our moving cavalcade, feeling like the Clampett family from the ‘60’s Beverly Hillbillies TV series. In 1975, we had no access to cell phones, GPS, personal walkie-talkies, or radios to keep us in touch as we motored along the highways. I had traveled to Fremont three times, but I had never driven the entire route. I was kicking myself for not paying better attention to the various highways and turns on the previous trips. The route was a puzzle for me.
I thanked God Ted’s mother, Mildred, could accompany me. Mildred took delight in entertaining and caring for one-year-old baby Sara and she even loved to change diapers!  I had no worries about our daughter making the trip with Grandma Glaser with us.
Children’s car seats were not used and seat belt laws didn’t exist in 1975 in our part of the country. So Mildred held Sara in her lap for the trip or laid her in the back seat for a nap. Today’s parents probably can’t imagine that.
“Are they still behind us?” I asked her an hour into the drive. Mildred sat in the passenger seat entertaining Sara with some plastic toys on a ring. She hung on to Sara and turned her bulky frame to look out the side window.
Of course, she couldn’t see the rest of our caravan any better than I could with a big semi-truck in the way. I tried to swallow away the panic I felt after losing sight of my brother Jim following me in our 1969 Chevrolet Impala. My sister-in-law Sandy with her toddler daughter, Melissa, trailed Jim in their car. Ted led the parade in a BIG U-Haul truck pulling a trailer crammed with furniture and all our earthly belongings.
Jim and Sandy had never made the trip, so I depended on following Ted and they depended on following me to our destination. You would think I wouldn’t lose sight of a big truck, right? But that was not the case.
About two hours into the trip, we hit Chicago traffic. I tried to keep behind Ted, but that wasn’t possible. He disappeared in the sea of cars and trucks. So I just kept driving the route we were on and looking for signs for the next turn-off.  I knew if I hit I-94 I’d be on the right road and would eventually make it to Benton Harbor just about 20 miles over the Michigan border. We had made plans to stop at the Bill Knapp Restaurant, his favorite place to eat on the route to Fremont. I was pretty sure he would remember since it meant a good meal awaited us.
I finally loosened my grip on the steering wheel when I pulled into the restaurant with Jim and Sandy who had caught up with me after we passed through Chicago’s traffic. I spotted the big truck parked there and my heart quieted a bit. We were nearly halfway to our new home!
Ted’s smiling face and sparkling eyes revealed his relief and excitement when he greeted us as we opened the car doors. “I didn’t know how long to wait because I didn’t know if you were ahead or behind me.” I was worrying so much about my making the drive, I never thought how he must have felt with all the responsibility of driving a rented truck and the safety of all of us.
We were delighted to have some time together to discuss the trip so far and to relax over the tasty fried chicken dinners made famous by Bill Knapp. We headed north again and stayed together for awhile until we came to Holland, Michigan. I thought I knew the way. “I thought I knew the way” are the salient words here. I realized I didn’t when the turn-off I took routed us through downtown Holland instead of bypassing the city. Jim and Sandy followed right along behind me. My heart bounced when I spotted the signs that pointed back to US 31. I finally breathed again because I knew Fremont was only an hour north and I would actually have a sign on 31 that pointed to the road to take us to Fremont!
My eyes searched the highway roadside as we approached Fremont. When the Fairview Floral sign loomed ahead,  I startled Mildred when I shouted, “There it is!” with the same excitement as if I’d opened a brand new Christmas gift. We all followed Ted into the parking lot of the flower shop. Everyone exited their cars and gathered together to take in the site of the chalet style building and its greenhouses. Finally, we could share our new life with part of our family.

* * *
Have you moved everything you own to a new location?
How did you feel? How was your trip to your new home?
Please share your experience in the comments below.
Thanks for stopping in today.