Hello and welcome to the Focused on Story Blog.

the Marketing For Romance Writers Group.

Each participating blogger shares an excerpt from their book.

This is the time of year when the snowbirds fly south looking for warm sunshine and gentle breezes. So I am sharing an excerpt from Terror on Sunshine Boulevard, a story located in Florida in a community of snowbirds. Watch out!. It is a bit frightening, filled with mystery and the paranormal, as well as some quirky characters.

From an Amazon Reviewer-"Just read the whole book last night. Loved it! Lot's of twists and turns. Kept wondering what was going to happen next. Great book. Great story. Beautiful cover. Thank you! Keep em' coming."

BACK OF THE BOOK:  Rescuing a naked woman lying in a geranium bed? Investigating mysterious murders Not the usual calls for first responder Jim Hart. He expects slip and fall accidents or low blood pressure emergencies in his retirement community of Citrus Ridge Senior Community and Golf Resort. The ghastly crime scenes turn the wintertime fun into a terrifying season of death and mystery when the authorities cannot track down the predator responsible.

Jim and his wife Gloria could escape the horror and grief by returning to their northern home, but concern for their friends and residents keep them in Florida. With the entire community in a dither over the deaths, the Harts participate in the normal winter activities of golfing, dancing, and pool parties with their friends to distract them from the sadness and loss.

Can Jim and Gloria work with the authorities to discover who or what is killing the seniors on Sunshine Boulevard and stop the increasing body count?

Gloria Hart burst through the double glass doors of the large multi-purpose room of their park’s community center. She was delighted to see all of the ladies still standing in groups around the large room instead of poised to begin the exercise class. She was running late. Although a resident of Citrus Ridge Senior Community for more than three years, she’d driven along Sunshine Boulevard, the main artery around the park, and missed the turn-off to the community center.

Gloria re-shouldered her heavy bag holding her water bottle and barbells, and moved her rolled exercise mat under her arm to keep it from crushing against her chest. She dropped her bag on the floor and unrolled the mat in the spot she always claimed at every class meeting. Like pew seats in a Sunday morning church service, each person staked out her favorite “place” to exercise and kept it.

She hustled over to join the big circle of friends in their usual space in the room. The ladies shifted a bit to make space for Gloria in the circle. She breathed a sigh of relief knowing she wasn’t late again. Being late was a sign of disrespect, but Gloria respected every gal in this room for exercising their bodies and joining in the group. Perhaps they didn’t all do the moves like their limber instructor, Bridgett, but at least they tried.

“Good morning, everyone.” She smiled widely as she greeted her friends. But instead of the usual happy chorus of “Good morning Gloria,” her friends in the circle weakly smiled with the acknowledgment of her presence. Silence fell over the group. Everyone’s eyes lasered in on her. Gloria felt uncomfortable. What were they waiting for?

Finally, her friend Pamela asked, “Well, are you going to tell us about George McDonnell?” Her voice a higher pitch. “Did Jim hear anything yet?” Pamela’s voice ratcheted even higher.

“Uh, no. We were gone all day.” The unexpected news slammed her like a wild pickleball, nearly knocking her off her feet and stinging her heart. George was younger than she was for Pete’s sake. He couldn’t be dead. That was incomprehensible to her. She and her husband had just visited him last week. He was a healthy man for his age. Tears stung her eyes when she remembered how excited he was about a fishing trip he’d planned.

Gloria was puzzled as she saw the looks of horror exchanged by her friends.

“What happened?” Her eyes widened with concern, and then realized she had been drawn into the gossip like everyone else.

Thanks so much for stopping by today. Do you enjoy stories with quirky characters and humor? 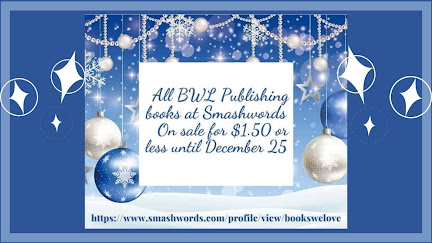 CLICK HERE TO DOWNLOAD Terror on Sunshine Boulevard now for $1.50 during the Half-Off Holiday Sale at Smashwords.

This is a really scary book

Ugh. I sort of know that smell. we have something in the wall that seems to have died.
Tweeted.

Oh my, what a way to end the excerpt: smelled him rotting in the house. I also love this description: the main artery around the park. Lovely start to the novel.

Wow leave us hanging with the scent of his rotting in the house. Good except and blurb! Sounds like a fun exciting read. I love the premise. Going to go check it out. Thanks for sharing.

Good! My point was to scare readers! Aren't I awful?? LOL

Thank you. Glad you enjoyed the excerpt and description!

Hi Teena, you're welcome. LOL...I had fun writing this one!

Hey, JQ. You have such a range in your writing. This book is sooo good and really scary. Good job. :)

A powerful and engaging chapter!
Your book has been shared on the quarterly Roost Recommendations post and has a permanent home on the Mystery page in the Thriller section.
https://bit.ly/ReadersRoost

I can smell him from here. Excellent hook.

Thank you! I am so happy to hear the book is good and really scary!!! LOL...

Thank you Ornery Owl--love name! Appreciate you sharing the book on Roost Recommendations and giving it home space on your mystery page! I visited your page and love your sense of humor and straight talk! Good to meet you

Hey Jolene, You think that's bad...I had to write about the rotting corpse (and several more)---ewwwwwwwwww. Thank you. Glad you liked the hook.