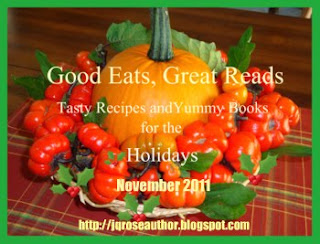 Author Marva Dasef is my guest today. Her latest release, Missing, Assumed Dead, takes place in the high desert of East Oregon. My travels have never included that area of Oregon, so not only did I learn about that region of the country, I enjoyed reading another great mystery from Marva. Leave a comment and you will be eligible to WIN your own copy of Missing, Assumed Dead. The winner can have any one of the three file types (PDF, EPUB, PRC). Please leave your email address so I can notify you when you win.

Now, read on as Marva shares her recipe. Welcome, Marva.

I’m happy that Janet has offered up the challenge of providing a recipe. Since my book is based on the disappearance of a Basque sheepherder, and my intrepid heroine plus one visit the Old Basque Inn (a real restaurant in Jordan Valley, OR), I had to scurry off to the internet to find some Basque recipe I could actually manage to prepare. I was delighted to find that my “normal” cooking fit fairly well into a Basque kitchen. Thing is, I don’t cook to recipe. I’m generally winging it, pulling stuff out of the fridge that looks like it might go with whatever it is I’m building.

Here’s the “real” recipe, but note that I didn’t follow it exactly for various reasons. The excerpt following the recipe shows Kam and Mitch at the real Old Basque Inn.

2 tablespoons extra-virgin olive oil
6 whole chicken legs, split (3 1/2 pounds)
(Marva’s variation: As far as I’m concerned, use any parts of the chicken you like. I finally went with boneless thigh meat.)

Crusty French bread, for serving (I cooked some rice to go with.)

1. Heat a very large, deep skillet. Add the chorizo and cook over moderate heat, stirring, until lightly browned and some of the fat is rendered, about 5 minutes. Using a slotted spoon, transfer the chorizo to a large plate.

2. Heat the olive oil in the skillet. Season the chicken with salt and pepper and cook over moderately high heat, turning once, until well browned, 15 minutes. Add the chicken to the chorizo.

3. Add the bell peppers, red onions, garlic and thyme to the skillet and cook over moderate heat until barely softened, about 5 minutes. Add the tomatoes, sherry, paprika and crushed red pepper and cook for 1 minute, scraping up any browned bits from the pan.

4. Return the chicken and chorizo to the skillet. Cover and simmer over moderately low heat, turning occasionally, until the chicken is cooked through, about 25 minutes. Add the artichokes, tucking them in between the chicken pieces. Raise the heat to moderate and cook uncovered until the sauce is slightly thickened, about 10 minutes. Transfer the chicken to a deep platter. Stir the basil into the sauce and spoon over the chicken.

Serve with crusty bread (plus a side of rice)

Mitch put the SUV in gear, turned right on Oregon Street, and again onto Wroten. A couple of blocks later, they pulled into the parking lot of the Old Basque Inn.

Kam sat still for a moment, admiring the façade. It obviously began life as a two-story house and was later modified for the restaurant. A covered porch with a railing ran the full length of the white building with green trim.

Inside, a smiling woman carrying menus greeted them. She seated them at a table covered with a dark green tablecloth. Gleaming white plates and salad bowls, with silverware neatly laid atop the folded napkins, were already set at the empty tables. It looked like Christmas inside with the red shutters and gold valances. Kam nodded appreciatively. From her seat, she looked into another room with a richly carved bar. Stemware hung from an overhead rack.

“Here’s the wine menu,” the waitress said, offering it to Mitch who passed it to Kam. “I think you likely know more about wine than I do. Being from the big city and all.”

Kam scanned the selection of mostly Oregon grown wines and was delighted to see an imported Basque wine called txakoli. “This tixa, um, is this red or white?” she said, pointing at the menu.

“Cha-co-li,” the waitress provided helpfully. “It’s a white but tends to taste bitter to an inexperienced person,” she said. “I’ll fetch the open bottle to give you a sip before you decide.” The waitress bustled away.

Mitch ordered for them both since he’d eaten at the Inn several times. “Trust me. You’ll absolutely love the chorizo.”

Kam looked dubious but said, “I’ll trust you with the food since you trusted me with the wine.” After a taste of the txakoli, Kam decided to go with the cultural flow. The food would hopefully rub off the raw edges of the wine.

Marva Dasef is a writer living in the Pacific Northwest with her husband and a fat white cat.  Retired from thirty-five years in the software industry, she has now turned her energies to writing fiction and finds it a much more satisfying occupation.  Marva has published more than forty stories in a number of on-line and print magazines, with several included in Best of anthologies. She has several already published books and a few more scheduled for 2011 and 2012 from her super duper publisher, MuseItUp Publishing. Tasty. I was happy to try out a Basque recipe. I think I'll try some more now. Good food. Not so sure I could handle the txakoli wine. This was fun to do. I hope the cookbook does well.

Sounds delicious. I already have a copy of the book, but wanted to make a comment in support.

Thanks, Marva. I am having fun seeing all the different recipes and sharing them. Thank you for being part of the fun. The recipes from Good Eats, Great Reads will be a FREE collection available mid-November.

Looking forward to the cookbook, J.Q. I haven't tried Basque food yet, but this divine-sounding recipe just might be my first venture into the cuisine. Enjoyed the excerpt too, Marva. Best to you both, Pat

I love Basque food and what an interesting culture they have! Hope I win the book, too.

Forgot to mention, I love Marva's comments. This recipe sounds right up my alley.

There are already a few recipes I might try out. Rosanne's Amish dressing is certainly seasonal in the US with Thanksgiving coming up.

I have the privilege of knowing about the recipes coming up this month. There are many cultures from around the globe represented as well as some good ole down home Southern cookin'. Stay tuned for some good eatin'.!