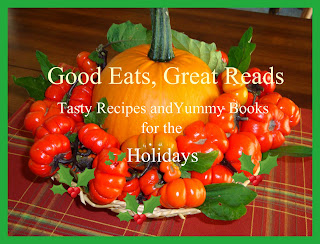 Today I am pleased to welcome author Kathleen S. Allen to the blog. Kathleen has a YA fantasy coming up for release by Muse It Up Publishing in April 2012.

This novel, LORE OF FEI is about an upcoming war of faeries vs humans who want to enslave the faeries. Kathleen does have two novels about faeries published and available for sale..Aine and Faerie Folk. She is bundling the books together as a prize in the drawing for you. Please leave a comment and your email address to enter to win these tales.

Because the books take place in Ireland, Kathleen is sharing Irish Brown Bread. Doesn't that sound delicious? Take a look.

A dense bread perfect for winter days. May add raisins or any dried fruit to make it more of a holiday bread. If you only want one loaf, cut the recipe in half. I've made this many times and although it is a heavy bread, it is very good!

Work a cup of butter into the dry ingredients until it has the texture of fine bread crumbs. In another bowl beat eggs until frothy then lightly mix in buttermilk. Add liquids to the solids and mix until you have a stiff dough. Turn the dough onto a floured board, knead for 10-15 minutes and divide into two round equal balls. Flatten the tops a little, carve a 1/2 inch deep X on the top of both. Bake in a 400 degree oven on an oiled baking sheet for 3/4 of an hour or until done and well browned.


Now enjoy an excerpt from her upcoming release, The Lore of Fei.


They came for me at night. They wore armor with swords drawn. Their faces were covered in metal and leather masks so that only their eyes showed. My mother screamed. One of them blocked her way into my cot room.


"Get her up!" A disembodied voice growled. Rough hands hauled me out of bed to stand me up. Bare feet on the cold stone floor. I shivered as I wrapped my arms around my body to conserve my body heat. I held my head up and dared them with a look. "Turn her around," the same voice said. It was from the man by the door. He was taller than the others, his armor more worn. A leather mask adorned his face. A gloved hand reached over and spun me so that my back now faced them.


A gasp went around the room as my shift was ripped from me. It lay in yellow tatters on the floor."Where are her wings?" asked one of the men in a whisper.


I turned to face them, my arms still wrapped around myself. "I was born without wings," I said with a bold tone.


Take her, she is human," the one in the worn leather said as he drew his sword. He turned to my mother who was being held by her arms; her wings fluttered in a rapid motion that showed how agitated she was.


"She's not human, she's a faerie. She is my daughter," Mother stated. Her bright blue eyes glittered with fear as she swept them over me. "Please, leave us alone." Leather mask growled once then ran his sword through her. She crumpled to the ground in one motion; her wings fluttered for a moment then stopped.


"Mother!" I screamed as I attempted to go to her. Hands held me back. My father, his blue wings held back by more human men was dragged into my room. He averted his eyes when he saw my nakedness.


"Cover her, she shivers in the night air," he whispered. One of the men tossed a coverlet to the one nearest me and he draped the coverlet in a haphazard fashion over my shoulders. I wrapped it around me as best I could. Mother lay in a heap, she did not move. Father saw her and tried to go to her but he was stopped.


"Tell me where you got this human," Leather Mask stepped closer to my father so that the two of them were face to face. "Who did you steal her from?" Leather mask asked. My father closed his eyes against the sight of my mother, dying or dead and his only daughter held prisoner.


"You will be punished Faerie!" Leather Mask drew his sword again and gave a sign to the men that held my father who spun him around. I knew what they were about to do.


"NO!" I shouted. But I was too late. My father's wings were severed from his body in one swift cut. He screamed in pain blood spurted from the wound. I reached out a hand to him but was yanked back by the man who held me. One of the men attempted to haul my father up but Leather Mask stopped him with a gesture.


"Leave him; he won't live long without his wings. Take the girl." Someone put a cloth with a sweet odor over my mouth and nose and I coughed. The room started to spin, then dim. The last thing I remembered was the sight of my parents next to each other on the floor. My father's hand on my mother's arm. Her blue eyes stared up at nothing. His eyes closed in pain as he lay next to her. 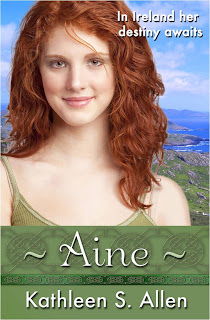 AINE-(95 pages)-On Aine's (pronounced An-Ya) sixteenth birthday her Irish grandmother gives her a gift. She has the mark on the back of her right shoulder that signifies she is not human. She is a faerie.
http://animoto.com/play/nm1YIUG3sgUBTBv5rEIn1w
http://www.amazon.com/Aine-Volume-1-ebook/dp/B004XQV0O2/ref=sr_1_4?ie=UTF8&qid=1314027104&sr=8-4

Kathleen, thanks so much for being a guest today. Irish Brown Bread is a great choice to share with the readers. Your excerpt certainly is from a different side of the faery world. Best wishes.

Love the recipe and the excerpt. Both right up my alley. Congrats on your forthcoming release, Kathleen!

Heavy bread, eh? Sounds like just the ticket for those long winter nights.
Excerpt is brutal and heart-wrenching; casts echoes of the long sad history of Ireland.
Best wishes for success with your upcoming book.
Pat Dale

Thanks for the pronunciation of Aine. I've wondered about that.

Can you just send me a loaf? I'm a horrible baker.

Congrats on the book release!

Oh, if you are sending a loaf to Marva, please send one to me too? !!

Girls, that was awesome. Recipe and excerpt. I could live on bread. And fantasy.

Kathleen, so happy you stopped in as my guest. It is good to meet you. Best wishes with your new release!!

The recipe sounds good. How much dried fruit would you add?