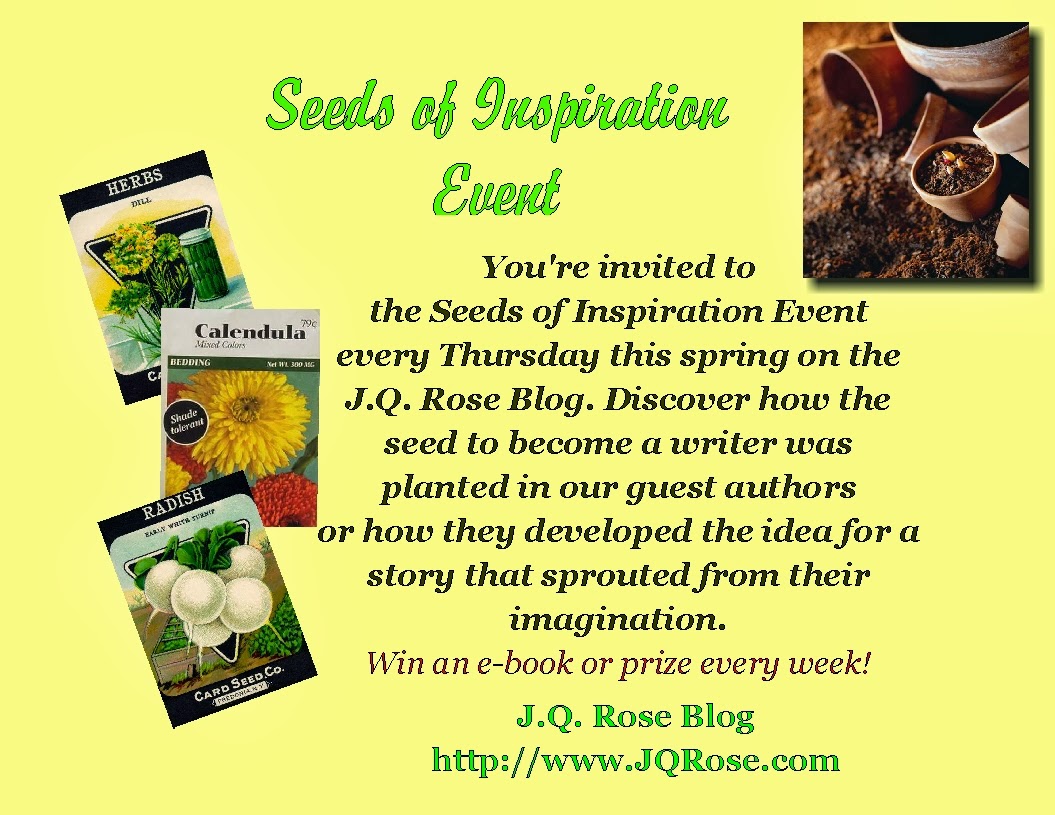 Welcome my friend and Southern author Gail Roughton to the Seeds of Inspiration Spring Event.  Please be sure to leave a comment to enter your name in the drawing for Gail's mystery/romance, Vanished. Winner will be drawn  after 12:01 a.m. on Sunday. 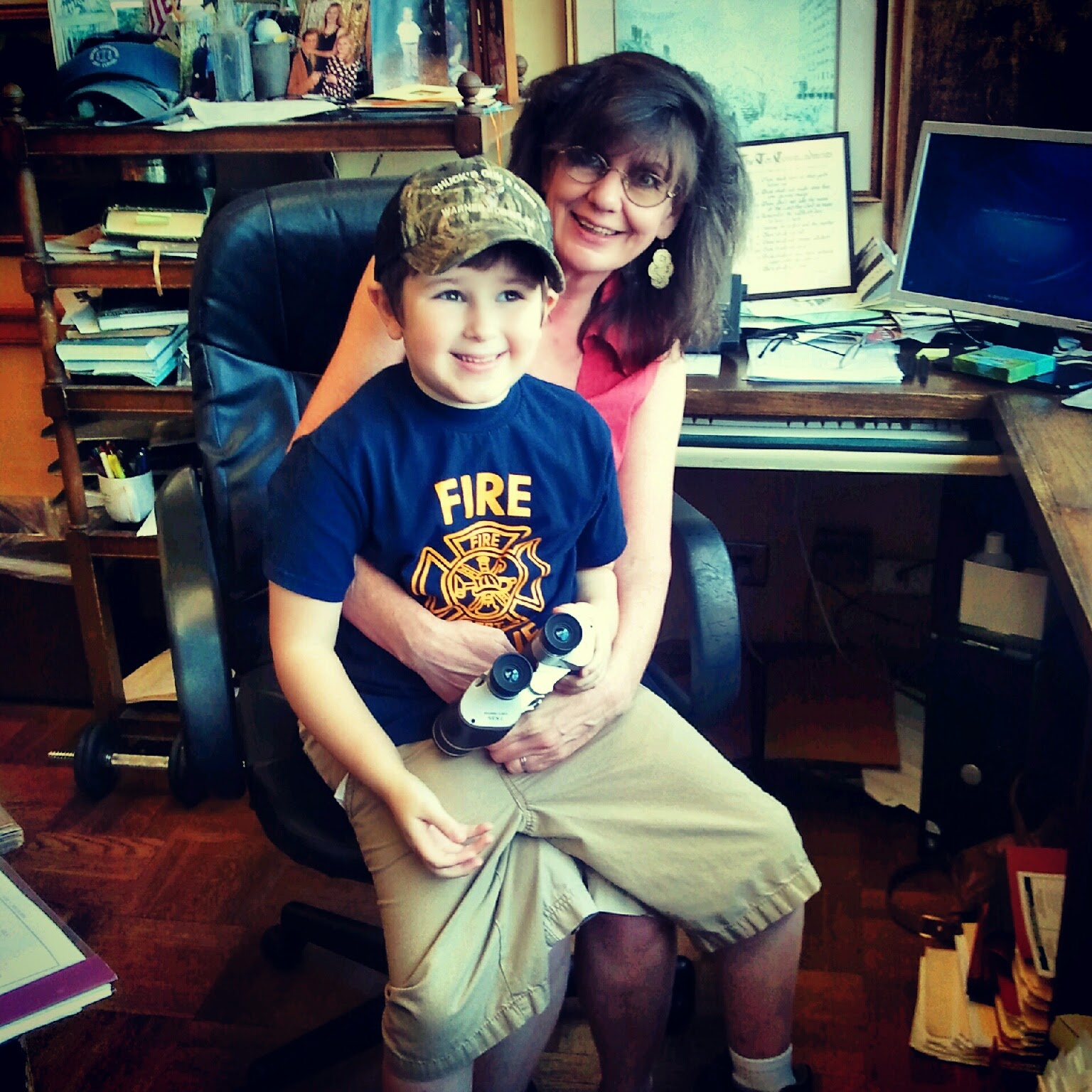 Gail has spent almost forty years in a law office as a legal secretary/paralegal. During those years, she's raised three children and quite a few attorneys. She kept herself sane by writing books, tossing each completed novel in her closet. She's been cleaning out the closet for the last few years, as well as producing new works never stored there. A multi-genre writer, her books span the spectrum from humor to paranormal to romance to horror. Sometimes even in the same book. None of that's planned, it's just what happens when the characters start talking. Even she doesn't know what to expect next! Come chat at
Gail's Author Blog
Flowers on the Fence Blog
Twitter:  @GailRoughton; @GailBranan
Facebook:  https://www.facebook.com/GailRoughton?ref=hl
Email: gailroughtonauthor@gmail.com

Turning Memory into Story by Gail Roughton
As a reader, have you ever read a novel that seemed so real you could smell baking bread, feel the heat of the sun beating down on your head, hear the roars of a crowd? If you’re a confirmed reader, one who always has a book going (usually one in each room), you almost certainly have.  Because it’s those moments, those scenes, those books, that make reading so much more than a pleasant diversion and turn a casual reader into a book addict.  Those moments, those scenes, those books—they take readers to another world, another place, another time and introduce them to characters they feel they know, folks they’d like to sit down with over coffee.  Or beer.  Depends on the time of the day, I guess.
So here’s the Sixty-Four Thousand Dollar question.  How does a writer write such scenes, such books?  Not that I’m saying I do, mind you.  I’d like to think so, at least occasionally, and I know that while I’m writing, I myself am in another place and time. But not because I’m using my imagination to create them.  Because I’m tapping my memory to reproduce them.  Not exactly, of course.  Not the actual moment, the actual event.  I want the feel, the flavor, the taste, of that memory.  And I want it to come through to the reader.  But even more than that, I want to put that memory into words that I can take out and visit with whenever I so choose. Bet you didn’t know that, huh?  That basically, writers are selfish people who in the final analysis, write for themselves and not for others.  Which isn’t selfish at all, really, because by doing so, they create those scenes that turn readers into book addicts.
In other words, there’s always a story behind the story.  Always.  My “darkest” work came from a real-life ordinary moment.  In a law office.  In my early twenties, I worked for a lovely, lovely gentleman, an older attorney known to all in Macon as “the Judge”.  One day the phone rang, I answered like a good little secretary and explained that the Judge was currently out of the office, might I take a message?
“This is Jim Smith (not really, I don’t remember the real name, it was a long time ago) at Riverside Cemetery.  Please ask him to call me at xxx-xxxx.”

Okay, I was in my early twenties but I was possessed by the devil on occasion even then.  I wrote up the call and under “About” added:  “Has a vampire in one of the mausoleums and would like him evicted.”
The Judge came back, read his message, went “What?” and we all had a good laugh.  But the idea never left me, the idea that this would be an hysterical short satire, a “Night Court” sort of satire, wherein the poor vampire had to defend his right to live in the family mausoleum.  I mean, his family paid for it, after all, for the use of dead family members.  By what legal remedy would you evict a vampire?  He’s family.  And he’s dead.  Sort of.
Somewhere along the line, the story line ceased to be humorous and it dang sure ceased to be short.  Final product:  The Dark Series – The Color of Seven and The Color of Dusk.

Now, while I was writing that “darkest” of my works, I took a break at a point where I knew I had to do something I most emphatically didn’t want to do.  (Yes, eventually I did it anyway.) Enough dark.  I needed light.  I thought it’d be fun to write an historical romance but I didn’t want to do the research

. BUT—if I sent my heroine through the Bermuda Triangle, I wouldn’t have to research a thing. My world, I could do what I wanted with it.  Where did that idea actually come from? Well, I traced it back. It all started with The Three Stooges, I kid you not.  I was five, and Daddy took me on a Daddy-Daughter date to the drive-in movies. (Yeah, drive-in, I’m that old.)  It was a Three Stooges movies, and while I have no actual memory of the movie and don’t, in fact, even recall if it had a “space-travel” theme, ‘cause I guess it could have been a preview of a coming attraction – five was a long time ago.  Anyway, I remember looking up at the stars out of the car window on the way home and thinking that somewhere out there, there was another world.  And that I had a double on it.  Yes, I was really five.  Final result:  Vanished.

The story behind Country Justice?  Where did Turkey Creek, Rockland County, Georgia come from?  What inspired the characters? I know the places of Country Justice because I live there.  I know the characters of Country Justice because I’m part of them and they are part of me.  Every small town, southern or not, are microcosms of society, a miniature little world wherein everybody knows everybody else’s business, heritage, secrets, what they had for supper, their usual bedtime.  It’s a patchwork quilt, sewn together into a sturdy fabric, stitched by the sturdy thread of familiarity.  In many ways Country Justice holds my heart. It always will. How could it not, when so much of my real world went into it?

My most popular books, much to my surprise, have been the four books in the War-N-Wit, Inc. series, a rollicking series of short novels revolving around the adventures of a private investigator/bounty hunter who just happens to be a warlock and his wife. Of course she’s a  witch, but did she have a clue until she met her warlock? No, she did not.  Talk about a game changer. With this series, one thing just keeps leading to another. And another.  And though I say with the completion of each one that it’s the last of the series, another one just keeps raising its head up over the horizon.  But where did they come from?  I am honored to say that one of my work-friend’s mother became an avid fan, back in the days when nobody read my books other than a few work-friends because (a) I didn’t tell too many folks I wrote; and (b) what I wrote for sure hadn’t been published. Or mostly submitted, even.  And she sent me a message via that friend.  “Tell Gail to write something funny on purpose. Because she’s so frequently funny even when she doesn’t intend to be.”  Enter War-N-Wit, Inc. and all the whacky characters that live there.

So, gentle reader, the next time you read that disclaimer, the one writers throw in the front of their books stating “this book is entirely a work of fiction”—you might want to take that with a grain of salt.  Just sayin’.

For a list of Gail's books and where to find them, please visit Gail Roughton's Amazon Author Page.

# # # #
If you're a writer, do you use memories to help write your stories? If you're a reader, what genre do you prefer reading? Gail can spin a fascinating tale in so many. (I'm sure all the authors are readers, so you can answer this too!) Remember to leave a comment to enter the drawing for Gail's book Vanished.
at April 10, 2014

Gail, thanks so much for participating in this spring event. I love your imaginative stories.

Uh, Miss Gail, I think with you folks need to take a grain of salt, a pinch of pepper, a pound of rhubarb, a quarter ounce of bourbon (or down the whole bottle!) -- and a barrel of sugar.

That's a recipe for "down home country" wacky as a June bug! Heh heh.

J.Q., thanks so much for having m! Miss Mae, I love that! Best description I've ever seen!

Hey, I.B., I didn't know you were into giving out recipes. I think there should be some Gum Drop Island chocolate in there too!!

What a great post! I loved hearing the stories behind your stories, Gail. Your books sound fantastic!

Thank you Heather! I appreciate that! J. Q., I hadn't thought about it before, but you need to have Nosey over on your cooking blog, you know?

Hi Heather, thanks for stopping in. If you liked her stories behind her stories, you'll love her books!!

Nosey on a cooking blog? Hmmm...I don't think so, Gail!

On your cooking blog, "Recipe for Disaster":

Congratulations, Heather Brainerd. You won the drawing for Gail's book!